With auction houses shuttered and galas cancelled, the international art industry, which caters to affluent collectors, is struggling to survive. Despite an attempt to pivot to online art fairs and shops, galleries around the world reported a 36 percent decline in sales over the first six months of 2020.

Meanwhile, the public art nonprofit Before It’s Too Late is thriving. The Miami-based organization, founded in 2016, partners with artists, climate activists, and government agencies to paint murals and design augmented reality (AR) videos that bring awareness to climate solutions. It has completed four projects in Miami and just wrapped its first out of state: a mural in the Bronzeville district of Chicago. Created with the help of two local artists, “Bronzeville Renaissance” portrays prominent figures from the historically Black neighborhood’s past, while directing viewers to a 3D modeling app (which they can view from their smartphones) that imagines a greener future for the city.

For creative director and founder Linda Cheung, a 2019 Grist 50 Fixer, the pandemic has brought new urgency to Before It’s Too Late’s mission. “COVID-19 is making people painfully aware that big, abstract threats can devastate lives around the globe and destroy our economies if we don’t do something about them,” Cheung says.

Fix talked to Cheung about how public art can make vivid the actions people can take to address climate change — and why AR can be an eco-conscious muralist’s secret weapon. Her comments have been edited for length and clarity. 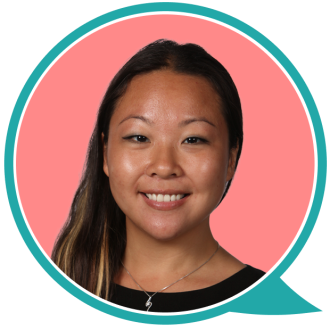 When I first got involved in climate work, I would see the same couple hundred people at meetings and conferences — despite the fact that rising sea levels pose a serious threat to Miami. It’s clear we need more creative ways to engage the general public and build a massive movement. Art can make climate action more visual, more attractive. People tend to approach art with a willingness to see things from a different perspective. That open-mindedness is crucial when it comes to the climate conversation, since saving life on earth requires radically changing every aspect of society.

My background is in marketing, finance, and renewable energy, so I’m what you’d call an outsider artist. At first I felt lost when I went to galleries and shows, like I didn’t belong. But murals offer a bridge to the general public, making art more accessible. There’s a great mural culture here in Miami — the art at Wynwood Walls is one of the city’s top tourist attractions. And there are many more muralists around the country looking to use their talents to spur social and environmental change.

Public art is also a great way to reach kids who, in my experience, are especially open to new ideas and ways of relating to the world. Before It’s Too Late is working with Miami-Dade County Public Schools to paint nine murals across the district that call attention to the United Nations’ Sustainable Development Goals. The students are helping with the design and painting, and some are working on the programming and 3D modeling for the AR components. For our first mural, we did a photo shoot with two students and included their faces in the art. It’s been such a fun way to foster collaboration and community-building among this diverse cross-section of young people and to grow a new generation of environmental stewards.

For many people, climate change can feel like an abstract and distant topic. They don’t have the time to study it and wrap their minds around it — they’re just trying to make a living. Exponential growth, for instance, is often misunderstood. Many people don’t know that atmospheric carbon levels are rising at increasing rates, not by the same small amount year by year. If we can use AR to help people visualize and interact with data, then we can better emphasize the urgency of addressing climate change. That kind of immersive learning resonates in a profound way.

“Bronzeville Renaissance” honors the social-justice leaders and scientific changemakers that have shaped the city, while looking toward the innovations we still need to mitigate climate disaster. Viewers can use their phones to scan QR codes in the mural that open an app with the biographies of the people portrayed in the mural. They can also play a game that lets them install solar panels, wind turbines, and microgrids throughout a virtual 3D model of Chicago.

The app calculates the carbon savings of each tool and how they compare to the emissions from cars and burger restaurants and gas-powered homes. My hope is that people understand that we need to change how cities operate on so many levels and that planting a few trees isn’t going to get the job done. But those changes are possible, and can even make communities stronger.

That’s one of the strengths of using AR in public art: It helps us present a realistic vision of a better world to the public, so they have something to rally around and fight for. And using AR to do that shows people that technology can still play a role in the future. Humanity is going to evolve and advance no matter what, so instead of trying to stop technological progress, let’s grow in tandem with nature.

This story was originally published by Grist with the headline Her high-tech murals envision a better future on Dec 18, 2020.

On the week of March 15th Reuters Events will play host to Natural Capital and Biodiversity Week. Join us for a series of exclusive interviews, briefings and interactive webinars followed by invite-only working groups on how business can put natural capital and biodiversity at the heart of... Read More

Since the beginning of ages, we humans have prioritized our three basic necessities very well – food, clothing, and shelter. With changing times, different discoveries and revolutions have led these industries in society. However, in recent times our desire for luxury has ruled over... Read More

Take a Glance at our Infographic and get vocal about how you are wearing your impact.  Just as our clothing choices reflect a desire to express how we are unique, or in some cases, how we show solidarity for a group, our options around apparel can speak to our goals and beliefs.  And... Read More

WHITEPAPER: Is Natural Healthcare The Solution You Seek?

As the fastest-growing database for sustainable business. Intengine.com supports healthcare providers aligned with enhancing the body’s own natural healing power.  More now than ever, people need to understand the power of natural medicine to support their health. ... Read More