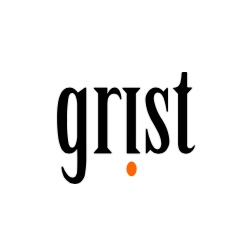 This story was originally published by The Guardian and is reproduced here as part of the Climate Desk collaboration.

All coral reefs in the western Indian Ocean are at high risk of collapse in the next 50 years due to global heating and overfishing, according to a new assessment.

From Seychelles to the Delagoa region off the coast of Mozambique and South Africa, the reef systems are at risk of becoming functionally extinct by the 2070s, with a huge loss of biodiversity, and threatening the livelihoods and food sources for hundreds of thousands of people.

The study, published today in the journal Nature Sustainability, examined coral reefs in 10 countries around the western Indian ocean. It analysed the health of 11 sub-regions using the International Union for the Conservation of Nature’s (IUCN) red list of ecosystems framework, akin to the method used to examine a plant or animal’s risk of extinction.

The assessment found reefs in island nations in particular were highly threatened due to rising water temperatures driven by global heating, which is making bleaching events – when corals expel algae living in their tissue, causing them to turn completely white – more common. Reefs in eastern and southern Madagascar, the Comoros and Mascarene Islands were all classified as critically endangered.

Reefs in north Seychelles and along the entire east African coast were classified as vulnerable to collapse due to overfishing – especially of top predators – which is altering their ecology and promoting a build-up of different algae that can smother coral.

David Obura, chair of the IUCN corals group, who led the study, said that while the global decline of coral reefs has been established for some time, region-specific assessments of specific regions provided greater clarity about the causes and the extent of the damage.

“The most urgent threat is from climate change up to 50 years from now. But while we estimate 50 years into the future, whether we can meet the 1.5C [rise] future or not depends on what we do in the next 10 years. So, it’s really a 10-year horizon that we have to be concerned about,” he said.

“The collapse of a reef means it becomes functionally extinct as a reef system. You might still find some species there but they won’t be able to construct a reef any more. All of the services we get – coastal protection from sea-level rise, tourism, fisheries, especially for low-income households and communities – are at risk. The tourism sector is huge in east Africa and it depends on heathy reefs.”

Since the 1950s, the world’s coral reef cover has halved due to global heating, overfishing, pollution and habitat destruction. The decline of the ecosystems, which are vital nurseries for juvenile fish globally, is expected to continue as the climate continues to heat.

Mishal Gudka, a senior scientist at Cordio East Africa and a co-author of the study, said their assessment detected overfishing of top predators on all the reefs from which there was data.

“These results highlight the need to improve local fisheries management to ensure the health of reef systems and secure sustainable fish stocks, which support jobs for a quarter of a million people in the region,” Gudka said.

“This assessment reaffirms the urgency of the interlinked climate and biodiversity crises addressed by Cop26 last month in Glasgow, and Cop15 [biodiversity summit] in a few months in Kunming. We need to take decisive action to address both global threats to corals from climate change, and local ones, such as overfishing,” he said.

This story was originally published by Grist with the headline Coral reefs in western Indian Ocean ‘at high risk of collapse in next 50 years’ on Dec 7, 2021.

Our webinar on Environmental Career Journeys includes presenters: Liz Waterfield, Hari Pemmaraju and Lora Amos-Terpstra. Each presenter realized their passion for the environment in different ways, but all of their journeys involved a moment in time where it became clear that this was where their future lay.