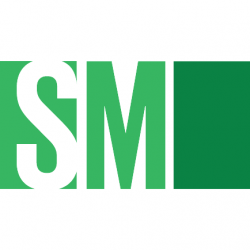 Sipping a cup of coffee in the sun might take on a new meaning thanks to research from Cornell University, which has discovered polystyrene can be upcycled to useful benzoic acid with just some oxygen and light.

Around a third of the world’s landfill waste consists of polystyrene (PS) plastic. From soft Styrofoam packaging and hard CD cases to malleable drinking cups, the plastic is ubiquitous in waste streams.

The upcycling technique uses light and oxygen with the help of an iron-based catalyst to break down the PS into benzoic acid, a substance that is used in a multitude of different applications including fragrances and food preservatives.

One of the researchers, Erin Stache, assistant professor of chemistry and chemical biology in the Cornell College of Arts and Sciences, pointed out that typically processing a polymer such as polystyrene would rely on fossil-fuel provided heat and energy whereas this method is able to use sunlight.

“The advantage of using light is you can get exquisite control over the chemical process based on some of the catalysts we’ve developed to harness the white light. If we can use sunlight to drive the process, that’s a win-win,” Stache said.

Research is continuing to develop scaled-up versions, with initial tests suggesting that there is realistic potential for upcycling the polystyrene at larger scales.

“If we can make the process even more efficient, we can think about how to commercialise it and use it to address waste streams.”

The findings from the research were published in the Journal of the American Chemical Society.

Sustainable Gardening: Green Ideas That Anyone Can Implement

Sustainable Gardening means gardening in a smart and eco-friendly way. Learn to use organic growing methods to achieve a greener garden.

WEBINAR: An Introduction to Project Management

Project management tasks are often left to one person labeled the ‘Project Manager’. Successful projects involve entire teams that are educated on project management, ensuring integrity and clear communication at every level of project delegation.